An increasing body of evidence suggests an important role of the human microbiome in health and disease. Researchers at UCLA have developed a ‘lost and found’ pipeline, which examines high quality unmapped sequence reads for microbial taxonomic classification. Using this pipeline, they are able to detect bacterial and archaeal phyla in blood using RNA sequencing (RNA-Seq) data. Careful analyses, including the use of positive and negative control datasets, suggest that these detected phyla represent true microbial communities in whole blood and are not due to contaminants. The researchers applied their pipeline to study the composition of microbial communities present in blood across 192 individuals from four subject groups: schizophrenia (n=48), amyotrophic lateral sclerosis (n=47), bipolar disorder (n=48) and healthy controls (n=49). 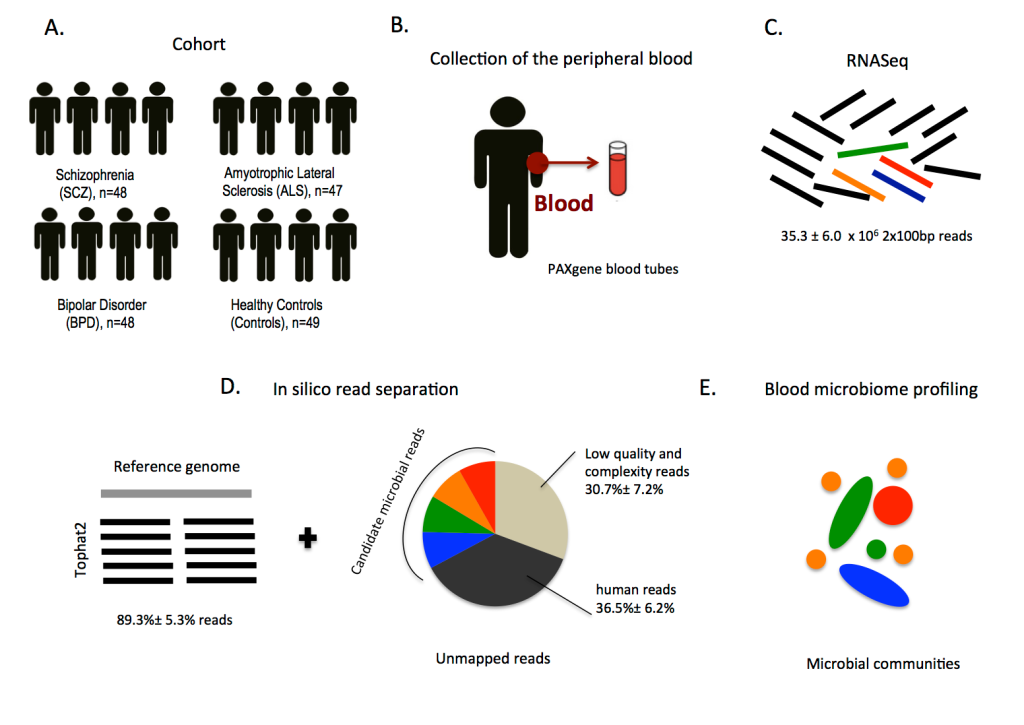 They observed a significantly increased microbial diversity in schizophrenia compared to the three other groups and replicate this finding in an independent schizophrenia case-control study. These results demonstrate the potential use of total RNA to study microbes that inhabit the human body.