Transcriptomics reveals how plants adapt to the microgravity space environment

Understanding how plants respond to microgravity is critical to providing fresh food during space exploration initiatives. Researchers compared two methods – RNA-Seq and microarray — of analyzing which genes are expressed (the ‘transcriptome’) in plant tissue, specifically in the root tip. The results reveal how plants adapt to the microgravity space environment and can help guide research needed for the successful utilization of plants in future exploration initiatives.

Astronauts in low-earth orbit could use a fresh salad to brighten up all those freeze-dried meals. But the microgravity space environment can affect plant growth in ways we’re only beginning to understand. In research presented in a recent issue of Applications in Plant Sciences, Drs. Anna-Lisa Paul and Robert Ferl, and colleagues at the University of Florida Space Plants Lab, showed that two different transcriptomic approaches could feasibly be used to understand how subcomponents of plant organs respond to the space environment.

RNA-Seq and microarray chips are two methods of analyzing which genes are expressed (the “transcriptome”) in a given tissue. Both techniques quantify mRNA transcripts, the intermediary molecule between genes and the proteins those genes encode, which provides a wealth of information about how an organism is responding to environmental cues. “When we look at tissue preserved from plants that have grown their entire lives on the space station, we can see into the underlying mechanisms they are using to physiologically adapt to that novel environment,” said Dr. Paul, the corresponding author on the study. “In other words, what metabolic ‘tools’ they are engaging to adjust.”

Both RNA-Seq and microarray chips can be adapted to use very small tissue samples, which is important considering the extreme expense of conducting spaceflight experiments. However, the two techniques differ in important ways. Microarray requires the design of a chip to probe expression of known genes, while RNA-Seq involves sequencing total RNA without regard for particular candidate RNA transcripts. In line with previous studies, the authors found that the two methods each had relative advantages. RNA-Seq picked up on expression of many more genes, including poorly known genes, while microarray detected some potentially important candidate genes relevant to spaceflight that were expressed at low levels, which RNA-Seq did not detect.

Comparison of differentially expressed genes
in root Zone 2 vs. Zone 1 by RNA‐Seq and microarray 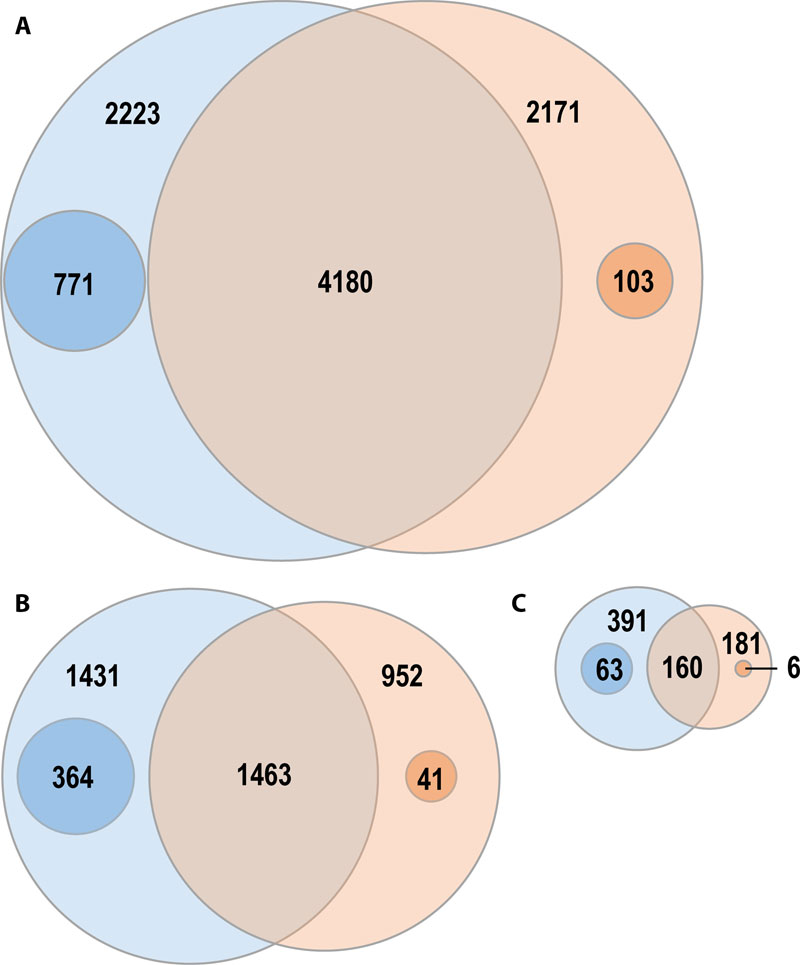 Transcriptomics can also be used to show how different tissues in the same organism respond to the same stimulus. The authors compared gene expression in two root zones, based on work by the first author, Dr. Aparna Krishnamurthy. “One of Dr. Krishnamurthy’s post-doctoral projects was to optimize an approach that would allow us to look into the transcriptome of two of the most interesting regions of the root tip — the very tip, which houses the root cap and meristematic zone, and then slightly behind the tip, where elongation occurs,” said Dr. Paul. “The root tip is the ‘brain’ of the plant root. The cells within the first half of a millimeter are responsible for sensing and processing most of the information that the plant root gathers from its environment — detecting the pull of gravity (or its lack), the direction of light, the path to water and minerals, and so on.”

Understanding how plants respond to the space environment is critical to successfully providing fresh food to astronauts. “The information gained by the spaceflight and exploration research community today will guide the plant biology and habitat engineering required for the successful utilization of plants in future exploration initiatives,” said Dr. Paul. In the near future, the need for a little greenery will be more pressing: plants grown in space can provide fresh, healthy food, oxygen, and a little slice of home to increasing numbers of people cooped up in space stations, on long voyages, or someday, on other planets.