While a large number of long noncoding RNAs (lncRNAs) are transcribed from the genome of higher eukaryotes, systematic prediction of their functionality has been challenging due to the lack of conserved sequence motifs or structures. Assuming that some lncRNAs function as large ribonucleoprotein complexes and thus are easily crosslinked to proteins upon UV irradiation, Hokkaido University researchers performed RNA-Seq analyses of RNAs recovered from the aqueous phase after UV irradiation and phenol-chloroform extraction (UPA-Seq). As expected, the numbers of UPA-Seq reads mapped to known functional lncRNAs were remarkably reduced upon UV irradiation. Comparison with ENCODE eCLIP data revealed that lncRNAs that exhibited greater decreases upon UV irradiation preferentially associated with proteins containing prion-like domains (PrLDs). Fluorescent in situ hybridization (FISH) analyses revealed the nuclear localization of novel functional lncRNA candidates, including one that accumulated at the site of transcription. The researchers propose that UPA-Seq provides a useful tool for the selection of lncRNA candidates to be analyzed in depth in subsequent functional studies. 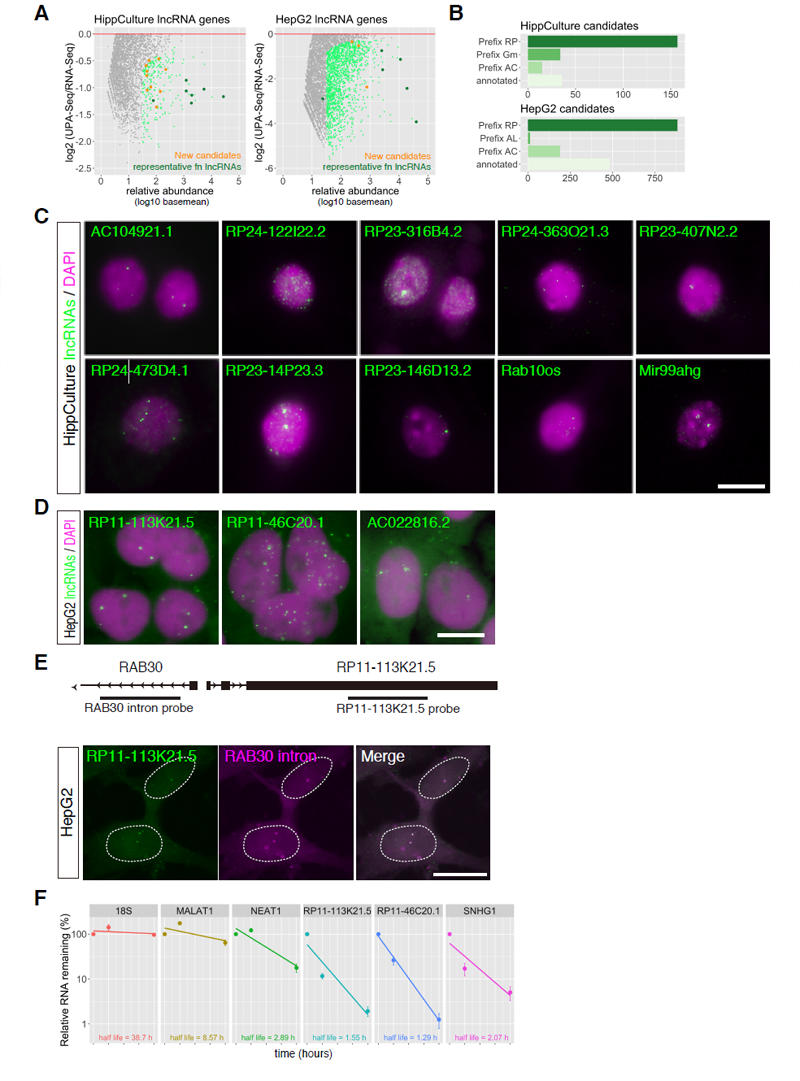