Hepatocellular carcinoma (HCC) is one of the leading causes of cancer death in the world owing to limitations in its prognosis. The current prognosis approaches include radiological examination and detection of serum biomarkers, however, both have limited efficiency and are ineffective in early prognosis. Due to such limitations, Maastricht University researchers propose to use RNA-Seq data for evaluating putative higher accuracy biomarkers at the transcript level that could help in early prognosis.

To identify such potential transcript biomarkers, RNA-Seq data for healthy liver and various HCC cell models were subjected to five different machine learning algorithms: random forest, K-nearest neighbor, Naïve Bayes, support vector machine, and neural networks. Various metrics, namely sensitivity, specificity, MCC, informedness, and AUC-ROC (except for support vector machine) were evaluated. The algorithms that produced the highest values for all metrics were chosen to extract the top features that were subjected to recursive feature elimination. Through recursive feature elimination, the least number of features were obtained to differentiate between the healthy and HCC cell models.

From the metrics used, it is demonstrated that the efficiency of the known protein biomarkers for HCC is comparatively lower than complete transcriptomics data. Among the different machine learning algorithms, random forest and support vector machine demonstrated the best performance. Using recursive feature elimination on top features of random forest and support vector machine three transcripts were selected that had an accuracy of 0.97 and kappa of 0.93. Of the three transcripts, two were protein coding (PARP2–202 and SPON2–203) and one was a non-coding transcript (CYREN-211). Lastly, we demonstrated that these three selected transcripts outperformed randomly taken three transcripts (15,000 combinations), hence were not chance findings, and could then be an interesting candidate for new HCC biomarker development.

Overview of the workflow 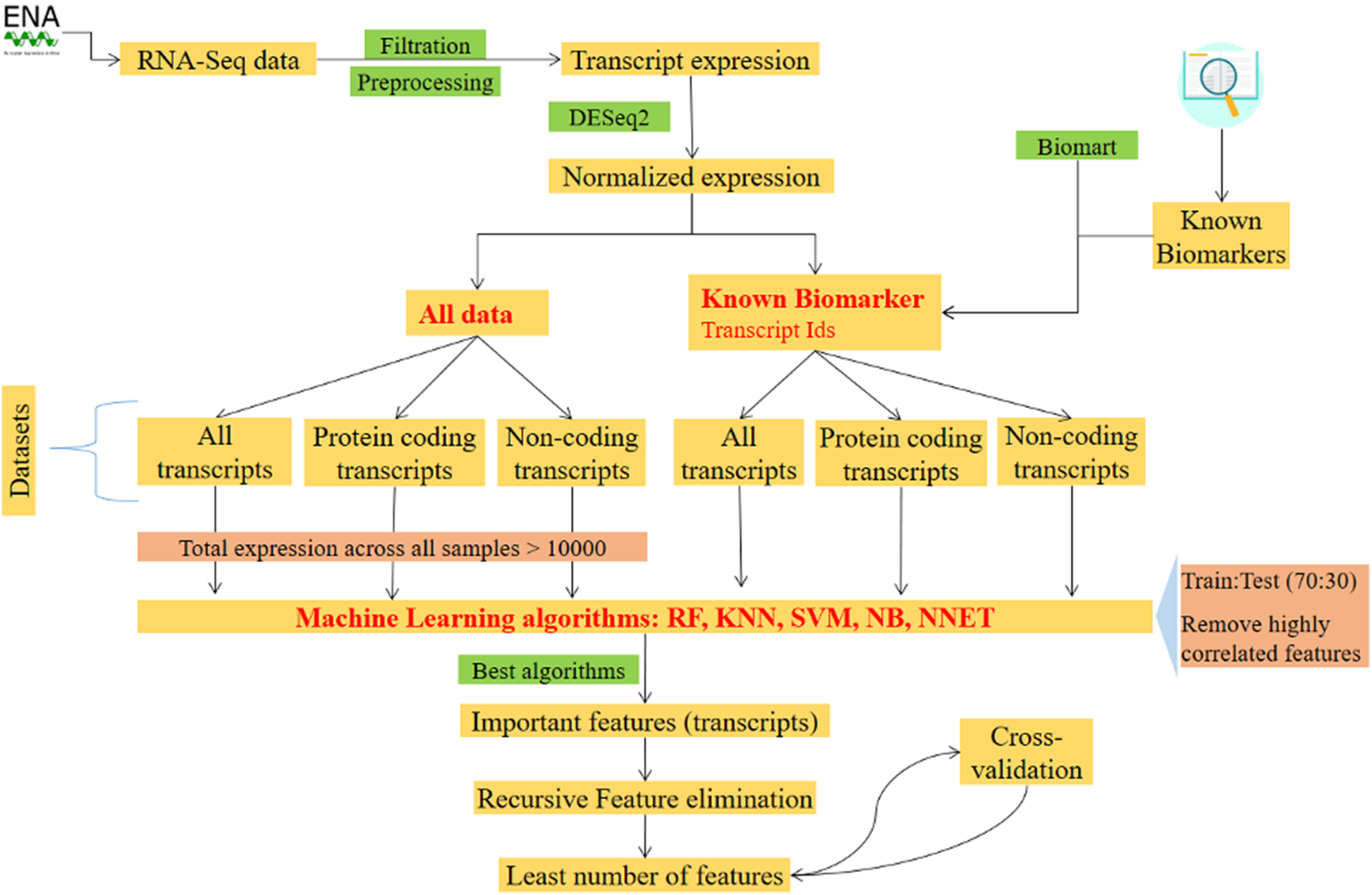