RNA sequencing is a biological sample genomic technique that detects and quantitatively analyzes the messenger RNA modules. It’s useful to investigate cellular responses. Over the past few years, it has fuelled medical research and innovation. For practical purposes, samples containing between thousands and millions of cells are normally carried out with this technique. This has, however, hampered the direct evaluation of the fundamental biological unit—the cell. When the first single-cell RNA sequencing research was released in 2009, several laboratories researched wet-lab genomics, bioinformatics, and computer science.

WHAT IS SINGLE CELL RNA SEQUENCING?

Cells are the fundamental structural components of organisms, and each cell is unique. Single-cell RNA sequencing was established as a vital means of disrupting cell heterogeneity and decomposing tissues into cell types or cell states. The transcriptomic single-cell provides an unparalleled resolution for the disclosure and comprehension of complex cellular events. Such biological discoveries will support medical science significantly in the future.

The crucial step in the transcriptome of a single cell is the isolation of one single cell from a cell population. The cells are insulated from cell suspensions or a sample of tissue. Though several strategies are used for isolating the cell, the process should be used that is compatible with the downstream reactions.

Isolate the RNA after receiving our cell. We don’t sequence RNA molecules directly, so we must think beyond the box. This method uses reverse transcriptase to transcribe RNA into cDNA backward. We then amplify cDNA by PCR with the aid of next-generation sequencing techniques and sequence the amplified cDNA.

Thus, a large number of data can be obtained. A workflow designed specifically for the scRNA-seq data that is used to sort out the brute data. Hence, it helps to analyze the data precisely. Applications of scRna-seq provide details on our cells- their heterogeneity and their internal functioning. It can be seen in many areas of biology including basic to clinical science. It becomes a powerful tool for stem cell differentiation, embryogenesis, tissue analysis, and even oncological applications.

In cancer treatment, cell-based CART therapy is becoming more popular. Despite a few drawbacks, it’s still a popular practice. One drawback is cell heterogeneity, a key feature of many cancers. The same is true for CAR therapy. At present, it seems that high degrees of cell homogeneity inside the tumors equates to the most efficient cancer therapy.

The critical phase of the next stage of CAR technology is the development of an advanced approach in determining and characterizing modified T cell heterogeneity. Initial analyses of the patient’s apheresis samples and CAR T cell products identified important markers for the phenotypic response of a patient. Markers showing increased T-cell exhaust leading to a steady decline in T-cell power were particularly associated with dysfunctional responses. In contrast, the presence of naive or early T cells with greater T cell potential is correlated to improved clinical response resulting in low T cell expansion due to a depletion of these subtypes.

To query CAR-T cells for precise stimulation of the antigen, one cell technique is combined. This enabled the active state for subtypes, distinction, and other variables, including intracellular signaling cascades, co-stimulators, and immune control points.

CAR T are genetically modified T-cells that merge the extracellular domain of the antibody vector fragment with the intercellular T-cell domain. This combines the specificity of the antibody with T-cell cytotoxicity such that the tumor antigen is largely histocompatible and complexly independent.

The composition of CAR T Cells is specific to patients and contains vast heterogeneity which can lead to the broad development of cytokine-release syndrome, neurotoxicity, etc. CAR T cells are usually produced from the lymphocytes derived from autologous samples of aphaeresis.

Single cell RNA sequencing or RNA fixation analysis allows deeper analytics to help in detecting molecular information. It even gives a clear picture of the molecular information about why certain people react or have greater toxicity, while others don’t. scRNA-seq applications in CAR-T cells include analysis of cytokine profiles in CD19 CAR-T cells and a micro fluidic CD19 CAR-T analysis of antigen stimulation.

The single-cell RNA (scRNA-seq) sequence has brought significant progress in the understanding of health and illness tissue heterogeneity. Fixing methanol is a simple, gentle method used in scRNA-seq or RNA fixation. Yet there are concerns that obsession leads to stereotypes influencing the results of the RNA seq.

Analysis of the results shows that fixing methanol maintains biological signaling. Whereas, fixation discrepancies are subtle and important to the methods of a library building. The impact of methanol fixation on the integrity of the sample of RNA clarifies possible implications of fixation in different scRNA-seq experiment designs.

The field of single-cell RNA sequencing or RNA fixation has developed tremendously over the past decade. This has encouraged the introduction of various commercially available solutions with dedicated bioinformatics and data-analysis suites. The developments in the area of microfluidic and cellular barcodes have significantly improved the performance of scRNA-seq experiments. At the same time, RNA fixation and freezing-compatible protocols have begun to emerge. scRNA-seq has been made much more appropriate for biomedical research and clinical applications by these advances. 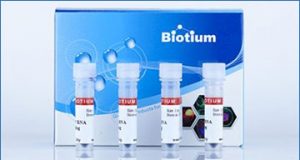 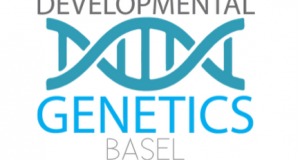 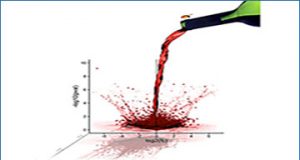