One of the key applications of next-generation sequencing (NGS) technologies is RNA-Seq for transcriptome genome-wide analysis. Although multiple studies have evaluated and benchmarked RNA-Seq tools dedicated to gene level analysis, few studies have assessed their effectiveness on the transcript-isoform level. Alternative splicing is a naturally occurring phenomenon in eukaryotes, significantly increasing the biodiversity of proteins that can be encoded by the genome.

Researchers at the Weizmann Institute of Science aimed to assess and compare the ability of the bioinformatics approaches and tools to assemble, quantify and detect differentially expressed transcripts using RNA-Seq data, in a controlled experiment. To this end, in vitro synthesized mouse spike-in control transcripts were added to the total RNA of differentiating mouse embryonic bodies, and their expression patterns were measured. This novel approach was used to assess the accuracy of the tools, as established by comparing the observed results versus the results expected of the mouse controlled spiked-in transcripts. The researchers found that detection of differential expression at the gene level is adequate, yet on the transcript-isoform level, all tools tested lacked accuracy and precision. 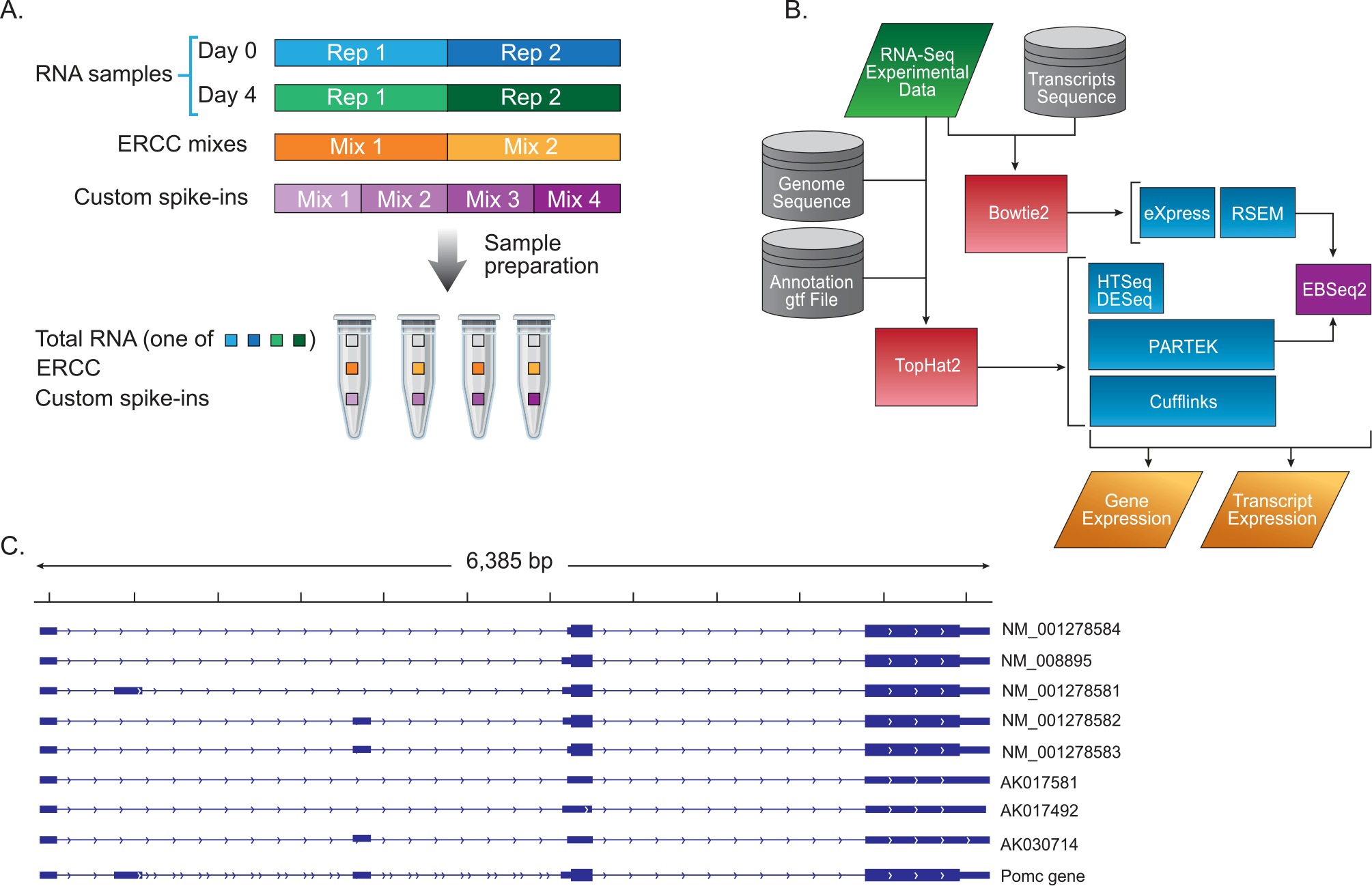 (A) Illustration of the experimental sample preparation. The experiment consisted of four RNA samples, two replicates (designated as Rep) of Day 0 (colored in blue) and two of Day 4 (green), each sample was divided to four vials, to two of them ERCC mix 1 was added and to other two mix 2 (orange). In addition one of the custom IVT spike-ins was added to each vial (violet). In total there were 16 vials. Custom mix 4 is the control without IVT spike-ins. (B) Diagram of the bioinformatics analysis design. (C) Genome browser view depicting the gene locus of Pomc that includes three distinct spike-in transcripts (AK030714, AK017581 and AK017492).