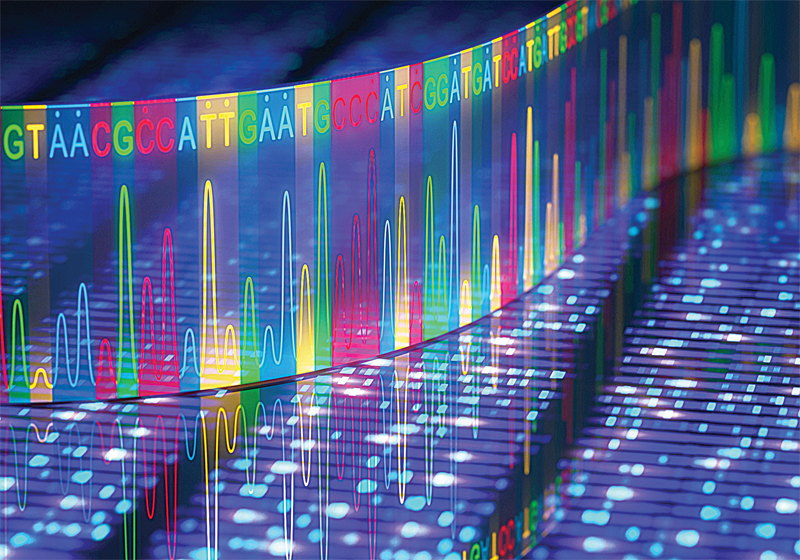 Although the major sequencing platform companies have spent years bringing down the cost of generating raw sequence, the same has not been true for library prep. Library prep for human whole-genome sequencing, at about $50 per sample, is still a relatively minor part of the total cost. But for other applications, such as sequencing bacterial genomes or low-depth RNA sequencing (RNA-seq), it can account for the majority of the cost.

Several groups are working on multiplexed homebrew solutions to bring the effective costs down, but there haven’t been many developments on the commercial front. One bright spot is in the development of single-cell sequencing solutions, such as the Chromium™ system from 10X Genomics, which uses a bead-based system for processing hundreds to thousands of samples in parallel.

“We see single-cell RNA-seq as the right way to do gene expression analysis,” insists Serge Saxonov, Ph.D., co-founder and CEO of 10X Genomics. “Over the next several years, much of the world will transition to single-cell resolution for RNA experiments, and we are excited for our platform to lead the way there.” For large projects, such as those required for single-cell RNA-seq, highly multiplexed solutions will be critical in keeping per-sample costs reasonably low.

Illumina’s dominance of the sequencing market has meant that the vast majority of the data that has been generated so far is based on short reads. Having a large number of short reads is a good fit for a number of applications, such as detecting single-nucleotide polymorphisms in genomic DNA and counting RNA transcripts. However, short reads alone are insufficient in a number of applications, such as reading through highly repetitive regions of the genome and determining long-range structures.

Long-read platforms, such as the RSII and Sequel from Pacific Biosciences and the MinION from Oxford Nanopore Technologies, are routinely able to generate reads in the 15–20 kilobase (kb) range, with individual reads of over 100 kb having been reported. Such platforms have earned the respect of scientists such as Charles Gasser, Ph.D., professor of molecular and cellular biology at the University of California, Davis.

“I am impressed with the success people have had with using the long-read methods for de novo genome assembly, especially in hybrid assemblies when combined with short-read higher fidelity data,” comments Dr. Gasser. “This combination of technologies makes it possible for a single investigator with a very small group and a minimal budget to produce a useable assembly from a new organism’s genome.”