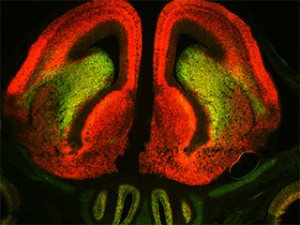 An unexpected finding: When 3’ UTR sequences of Sox 11 mRNA in embryonic mouse brain (above) were marked in red and coding sequences in green, common thinking suggested all Sox11-expressing cells would appear yellow, indicating both components were present in even ratios. Surprisingly, some cells were clearly red and others green, suggesting disparities between the two.

By uncovering widespread disparities in the expression of components of mRNA molecules—something assumed not to occur—the scientists say they have found intriguing expression patterns that suggest unexpected functions for certain regions within mRNA molecules.

“The lopsided ratios we found in the expression of two parts of the mRNA, one that carries the code for a protein and one that doesn’t, do not appear to occur randomly,” says senior author Mary Hynes, a research associate professor. “We suspect some of these skewed ratios may act as a mechanism for regulating protein production, particularly during embryonic development but also in the adult.”

Reported December 16 in Neuron, the researchers’ results focus on regions within messenger RNA, which is transcribed directly from a gene then translated into protein. After transcription, each mRNA molecule possesses in its middle a coding sequence, the instructions from which the protein will be made. The coding sequence is flanked by two sections that do not go on to make protein: the 3’ untranslated region (UTR) and the 5’ UTR, the names of which derive from the sugar backbone. It has long been assumed that all three stick together within a single mRNA molecule. 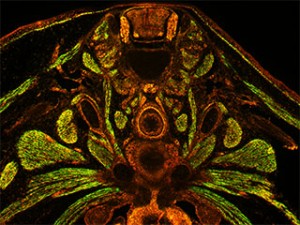 Lopsided ratios: Similar red- or green-skewed patterns, evidence of disparities in the expression of 3’UTR sequences versus coding sequences, respectively, appeared for other genes and in other tissues. The image above shows the differential expression of components of mRNA for actin, a motility and structural protein in the chest region of a mouse embryo.

Using a technique developed at Rockefeller called translating ribosome affinity purification (TRAP), Hynes’ team isolated purified mRNA from dopamine neurons of embryonic mice. With a browser that shows the region of an mRNA that is expressed, they made the surprising observation that a number of genes in dopamine neurons showed abundant expression of 3’UTR mRNA sequences and little to no expression of the coding region of these mRNAs. This was true, for instance, of two genes in the Sox family, Sox11 and Sox12, which are known to help determine the fate of cells during development.

This contradicted the common thinking that once an mRNA is transcribed from a gene the 5’ and 3’ UTRs and the coding regions act as a unit until protein is produced and the mRNA is degraded.

An earlier study had noted similar disparities, but did not explore the biological implications and its data did not get widespread attention. Hynes and her colleagues took the next step, asking: Why then would a cell make abundant levels of 3’ UTR sequence and no coding sequence, since protein cannot be made without the coding sequence?

To verify the findings and understand if this was restricted to dopamine neurons, development, or the nervous system, the team used green probes to mark coding sequences and red to mark the 3’ UTRs of 19 genes in embryonic and adult tissue.

“Based on prior understanding, it was expected that every cell in the tissue should show up as either yellow, when both are expressed, or black, when neither are,” Hynes says. “But to our surprise, when we examined Sox11 mRNA in the brain we found many neurons that were red, or expressing mostly UTR, as well as many that were green, or expressing mostly coding sequences.”

They went on to show that this was true for every gene they examined and that differential expression of UTR and coding sequences occurs in the embryo, in the adult, and outside of the nervous system. Even widely expressed genes such as beta actin, a protein necessary for cell movement and structure, show differences in UTR and coding sequence expression, they found.

When they took protein expression into account, they found that the higher the ratio of expression of 3’ UTR to coding sequence, the lower the level of protein—suggesting high levels of 3’ UTR might be somehow involved in turning down the dial on protein production. However, it’s not clear how this might happen, Hynes says.

Next, they focused back on the developing dopamine neurons, and the nine thousand genes they found were active in them. With help from the New York Genome Center, they compared the biological functions of genes with a high UTR-to-coding sequence ratio against those with comparable ratios. Many of the high-UTR genes turned out to play roles specifically in development, while the genes with comparable ratios were more often involved in generic cellular processes.

“During development a neuron may need to express a certain gene, but only a particular amount of it. Either too much or too little might be harmful and lead to irreversible fate changes. So, we think this could be a mechanism for finely titrating the proteins levels from an active gene,” Hynes says.

Because studies of RNA expression can rely on sequences within the UTRs, the coding sections, or both, they may potentially be losing essential information, she says. “Going forward, I think that when an RNA sequencing  experiment suggests that a gene is highly expressed, researchers will want to take a closer look at the relative levels of these two components to get a more accurate picture of what is being expressed.” 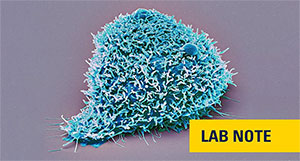 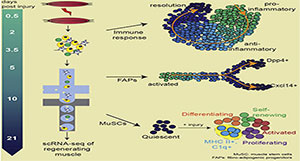 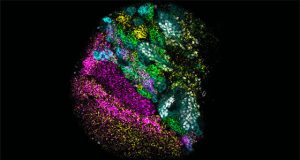