RNA sequencing (RNA-seq) is a high throughput technology that profiles gene expression in a genome-wide manner. RNA-seq has been mainly used for testing differential expression (DE) of transcripts between two conditions and has recently been used for testing differential alternative polyadenylation (APA). In the past, many algorithms have been developed for detecting differentially expressed genes (DEGs) from RNA-seq experiments, including the one developed at the University of Texas Health Science Center at San Antonio, XBSeq, which paid special attention to the context-specific background noise that is ignored in conventional gene expression quantification and DE analysis of RNA-seq data. 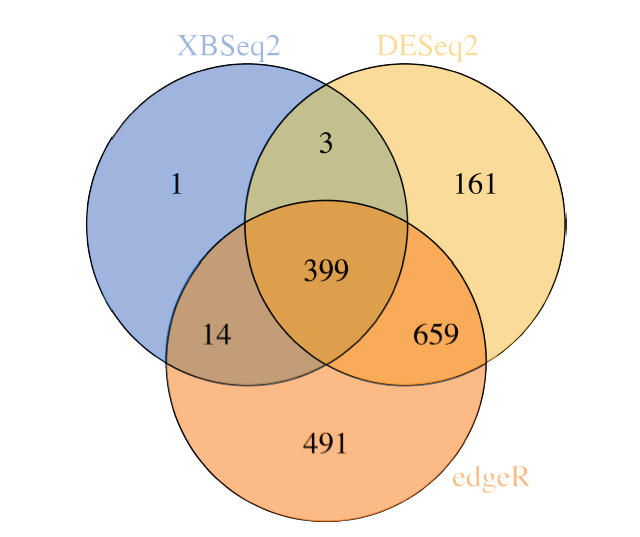 Venn diagram of DEGs identified by XBSeq2, edgeR and DESeq2 for CCRCC dataset

The developers present several major updates to XBSeq. By using simulated datasets, they demonstrated that, overall, XBSeq2 performs equally well as XBSeq in terms of several statistical metrics and both perform better than DESeq2 and edgeR. In addition, XBSeq2 is faster in speed and consumes much less computational memory compared to XBSeq, allowing users to evaluate differential expression and APA events in parallel.