It is no secret that vision impairment is common among the elderly — age-related macular degeneration, or AMD, which results in the loss of central vision in the retina, is one of the leading causes of blindness in the United States.

But a study written by a joint research team from Yale, MIT and Harvard has recently identified the cellular culprits of this incurable disease, bringing the scientific community a step closer to finding more permanent therapeutics for macular degeneration patients.

Published in Nature Communications on Oct. 25, the study reported that cells expressing high-risk genes for macular degeneration were not limited to cells directly responsible for vision, but also included supporting cells of the eye such as glia and vascular cells. Using a highly efficient, high-resolution RNA sequencing technology, the researchers created a single-cell atlas of the human retina that identifies individual retinal cell types associated with macular degeneration.

“It is the first time the human retinal cells have been sequenced at the single-cell level,” said Brian Hafler, assistant professor of ophthalmology and pathology at the School of Medicine and co-senior author of the study. “We were able to look at each individual retinal cell’s RNA and how the expression of specific genes varies from other cells. We found which cells expressed the known genetic risk factors for macular degeneration. It’s exciting to be able to assign the AMD-associated genes with the specific cell types they act on.”

In traditional sequencing, “bulk” data is generated with large quantities of cells amounting to an average signal, making it impossible to differentiate or observe variation within the bulk of cells. But with single-cell sequencing, it is possible to add another dimension to the data by capturing the unique properties of each cell being sequenced.

“The true power of this paper is that we are able to distinguish the pathways and cell types underlying AMD for the first time,” said Manolis Kellis, professor of computational biology and genomics at MIT and co-senior author of the paper. “By integrating genetic information from AMD and single-cell views of retinal gene expression, we can finally start understanding how genetic variants work, which genes they affect and in which cell types they act.”

Older technology such as bulk RNA-sequencing is unable to detect the uniqueness of the diverse cells found in the retina, Kellis said. On the other hand, single-cell technology can both interpret this diversity and easily detect rare populations of cells, said Alan Fox, a technical application specialist at GENEWIZ and single-cell RNA sequencing expert who was not involved in the study. According to Fox, this makes it possible to perform analyses that other sequencing methodologies do not enable. Additionally, with resolution at the single-cell level, it is possible to recognize changes in cell types associated with specific cell phenotypes, he said. 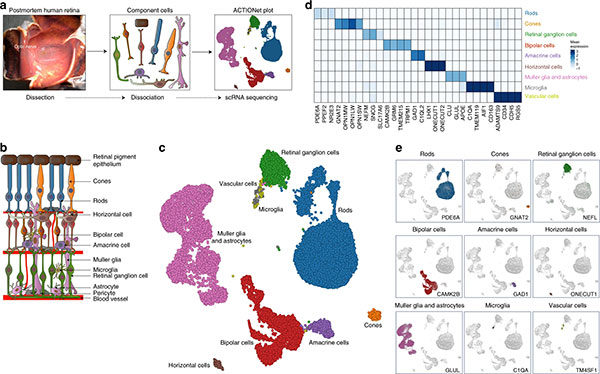 “Previous large-scale genomic studies have identified more than 50 genetic regions associated with macular degeneration, but their specific target genes were not always known,” Hafler said. “Now, we are able to both recognize individual target genes, based on their expression in the retina, and trace them back to the specific cell types they act on.”

By focusing on genetic regions known to be associated with AMD, the researchers were able to ascertain that the genes involved in the study have a causal, not merely correlational, relationship with AMD, Kellis said.

“This is very powerful, as we can now pave the path for potential new therapeutics by targeting retinal genes in genomic regions known to play causal roles in AMD,” he added.

When the researchers traced these genetic markers back to the retina, they were surprised to find that these markers were prominently expressed in cells that are not directly involved in central vision, but rather provide auxiliary functions like supplying vasculature and neural connectivity.

Kellis added that the study’s findings further revealed surprising expression patterns of certain genes in cell types where the genes were not previously thought to play a role.

“We were surprised to find that a gene that was known to have immune function was also expressed in non-immune cells,” he said. “Clearly, there are new functions to be discovered about genes that we thought we knew everything about. This tells us that we can’t assume anything until we’ve looked for ourselves what the true pathways and cell types underlying the disease are.”

Research in therapeutics for AMD can now be directed to target these cell types, according to Hafler. Current treatments for AMD, especially in patients whose symptoms have progressed further, utilize injections to the eye, but ideally, with further research, these can be replaced with a less invasive method of simple oral pills, he said.

According to statistics reported by Mayo Clinic, there are more than 200,000 new cases of macular degeneration in the United States each year. 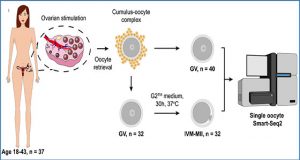 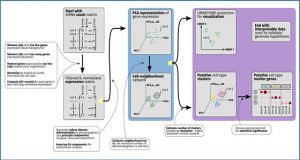 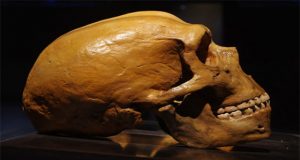 TieBrush: an efficient method for aggregating and summarizing mapped reads across large datasets
8 May 2021
Variants in GCNA, X-linked germ-cell genome integrity gene, identified in men with primary spermatogenic failure
8 May 2021
The oncogenic E3 ligase TRIP12 suppresses epithelial-mesenchymal transition (EMT) and mesenchymal traits through ZEB1/2
8 May 2021
ILRUN downregulates ACE2 expression and blocks infection of human cells by SARS-CoV-2
8 May 2021
Understanding mast cell heterogeneity at single cell resolution
8 May 2021
Single-cell Transcriptomics Uncover a Novel Role of Myeloid Cells and T-lymphocytes in the Fibrotic Microenvironment in Peyronie's Disease
8 May 2021